To coincide with the launch of some new items in the Tiny Treasures collection at Argos we were lucky enough to receive a bundle of joy this week.

We got a new addition to our family in the form of another Tiny Treasures doll, this time though it is a newborn!  She has her tiny eyes tightly closed and is snuggled up in her cot with a bunny rabbit blanket and cuddly toy.  Under her cover is her birth certificate and she has a band around her arm to show she has just come home from hospital!

The girls love that her packaging is her cot and that she was fastened in with a seat belt to ensure safe delivery home.  On arrival we removed her from the box and thankfully there are no wires or tags fastening her in place, she has her seat belt and that just needed a quick push before she was welcomed into Evies arms! There is nothing worse than kids standing over you wanting the toy and not being able too as we have to hunt for scissors first! 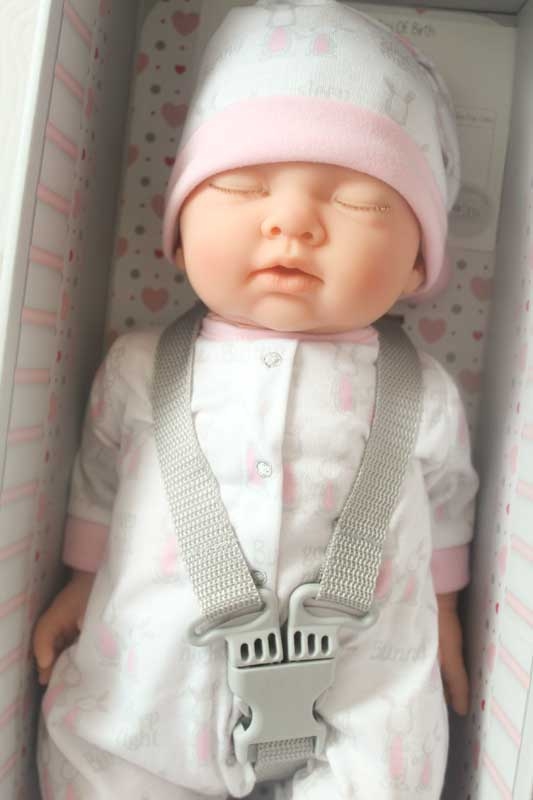 Delivered with our new baby girl was 2 of the cutest outfits I have ever seen.  One was a little sleeping bag and soft toy, the other a bunny jacket and slippers.  The jacket is lined with supersoft fabric and the combo of floppy ears and pompoms are unmistakably bunny like!  Each outfit comes in its own little bag tied with pink ribbon and Tiny Treasures card. 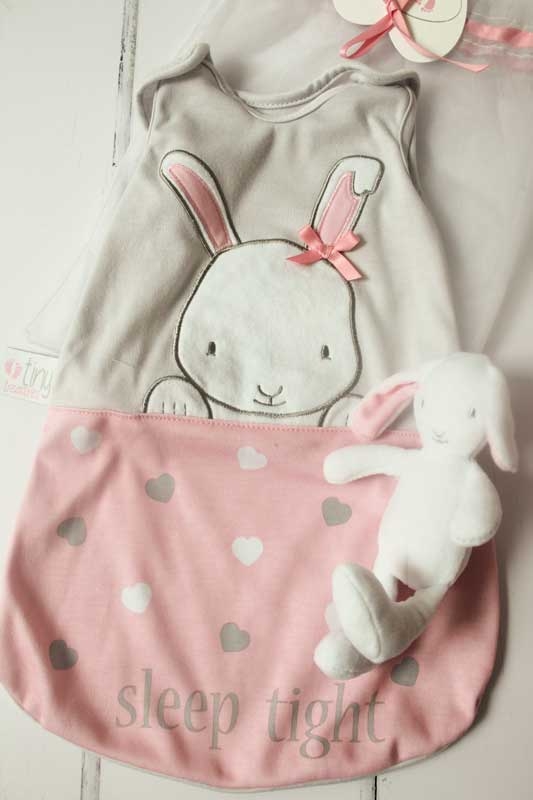 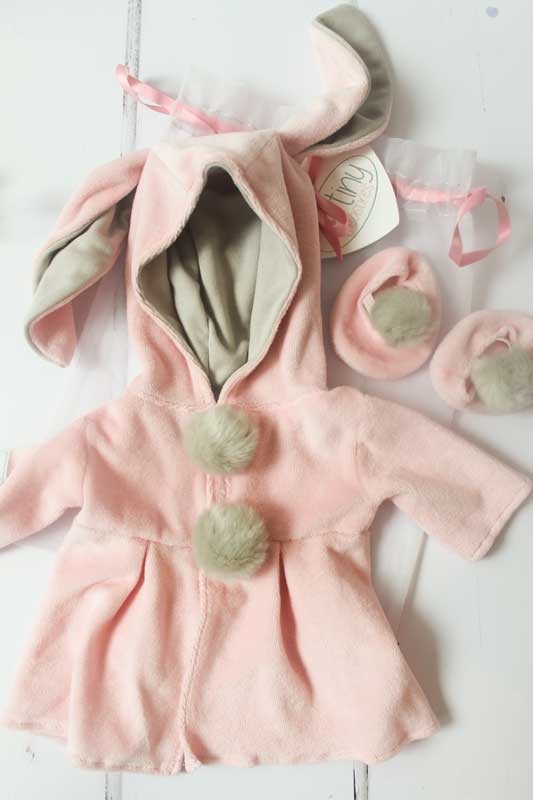 Of course no sooner was Annabelle removed from the box then she was dressed in her new outfit.  Evie loves dressing up the dolls and the fact that everything is so simple to put on is a dream.  There are no buttons or tight fitting clothes, they all have velcro fastenings and openings wide enough so that you don’t have to contort the baby into a weird position to dress. 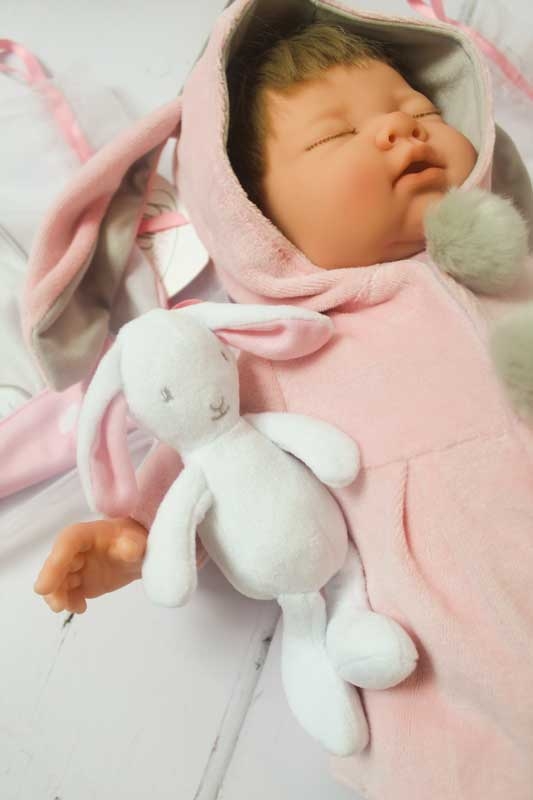 The soft body of the doll means that it weighs as much as a new baby and all adds to the effect of having a newborn to look after.  Evie is 8 now and isn’t so much a doll player anymore but she has a huge nurturing side which means she dotes on the dolls and behaves as though they are real babies.  Getting up and dressing them before we do school work and again into pjs etc before bed, and of course they all need burping over the shoulder. 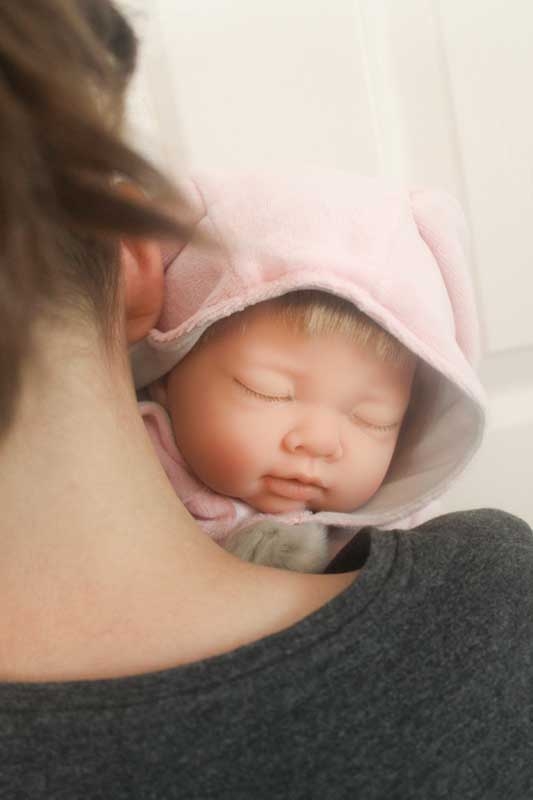 I love that the girls have picked up little habits I had with them, like the over the shoulder burp, rocking them to sleep in my arms or sitting with them on my knee and singing softly to them.  It is so nice to see them behave in such an adorable way to both each other and their ‘babies’ that it makes me realise just how much of an impression we have on them from such and early age.  They are both so gentle too which is beautiful to watch.

We have two other dolls from the Tiny Treasures collection who are obviously overjoyed to meet their new little sister!  I just know we are going to be one huge happy family.

Tiny Treasures are available from Argos starting from £4.99

We were sent the doll and clothes for the purpose of this review, all views and opinions are our own and genuine